Steps for the Future

Steps for the Future is a unique collection of positive, brave and unusual stories about how individuals in Southern Africa are confronting their lives and challenging societies, in response to HIV/AIDS and related issues of human rights. They celebrate the strength of people who share and reflect their own experiences. Steps For The Future uses  the power of documentary films and  facilitated film screenings to give vulnerable people a voice. It calls on us to become active participants in civil society in order to bring about social change and create a better and more just society for all.

The multiple-award winning Steps for the Future  programme, emerged out of a collaboration of filmmakers, broadcasters, civil society organisations and people living with and affected by HIV/AIDS. Since its inception in 2001, more than 50 films have been produced in the Southern African region addressing issues around human rights and social justice.  A selection of the films are available in 18 languages.

STEPS regional partner organisation SMOT is implementing  the media for change project in Malawi.The team is conducting facilitated film screenings of their documentary film Mother@15 in the remote rural area of Dowa.The community  has a very high rate of teenage pregnancy and child  marriage.Their ultimate goal is to end child marriage in Malawi, good news so far is the chief and the community after the film screenings have set up a literacy group.The purpose of the group is offer study support for the young mothers who had to drop out of school due to pregnancy. 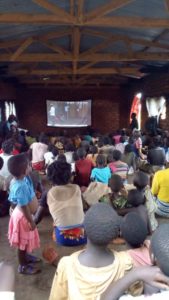 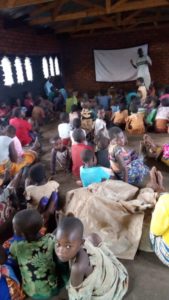